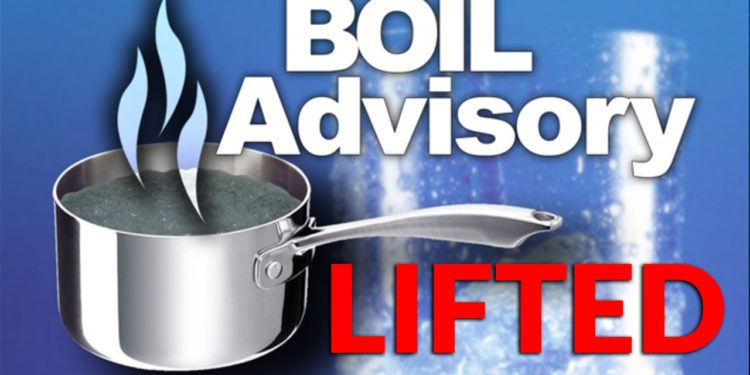 UPDATE: LEWISBURG, WV (LOOTPRESS) – The boil water advisory which has been in effect over the past several days for Lewisburg residents has been lifted according to an announcement from the city.

Shortly after a release indicating the advisory’s continued active status early on Wednesday, the City of Lewisburg confirmed that residents will no longer be expected to adhere to the advisory.

The completion of leak repairs, flushing of the entire city water system, and results of subsequent quality testing appears to have put to bed the sequence of events which has been ongoing since Sunday.

Residents of Lewisburg should now have fully restored access to the city’s water utility.

The advisory, initially called into on effect to address a leak first discovered Sunday morning, still stands as of Wednesday per a release from the city despite hopes that regular water use would be able to resume on Tuesday.

“The City of Lewisburg still remains under the Boil Water Advisory system wide,” read the statement, which also expresses that Wednesday would likely be the final day of the advisory.

“We anticipate the Boil Water Advisory can be lifted by mid morning.”

LOOTPRESS will provide updates to the situation as further information becomes available.

——————————————————
UPDATE: LEWISBURG, WV (LOOTPRESS) – Efforts by the City of Lewisburg to address the ongoing water issue appear to be moving forward as intended, with the utility set to potentially be restored more quickly than previously anticipated.

The City of Lewisburg provided an additional update on conditions of city water, which has experienced high levels of turbidity in the wake of a leak first discovered on Sunday morning.

It was reported on Monday that service likely would not be restored until Wednesday, as a flush of the water system and subsequent testing would need to occur in order for the city water to be deemed safe for consumption and use.

However, the city reported on Tuesday morning that the flushing process for the water system has been completed, and that the process of having the water tested has begun.

As such, the lifting of the boil water advisory could occur as early as Tuesday evening.

“The City of Lewisburg has flushed the water system and sent off test samples in hopes to lift the Boil Water Advisory for the entire Lewisburg Water System,” read the update.

“We anticipate the Boil Water Advisory can be lifted this evening.”

As indicated by a follow-up announcement from the City of Lewisburg on Monday morning, work to address the turbidity issue affecting water in the city remains ongoing.

The city announced a systemwide boil water advisory on Sunday, November 13, 2022, to address turbidity in the water, which pertains to the quality of the water being cloudy or opaque.

A subsequent announcement on Monday, November 14, 2022, indicated that the boil water advisory is indeed still in effect for the entire Lewisburg water system.

“The City has been working diligently to address the turbidity issue,” read the announcement.

Furthermore, it was revealed that crews with the city intend to reach the point in the process in which the water system can be flushed by tomorrow, Tuesday, November 15, 2022.

Once this objective is met, however, further testing will be required to ensure the safety of the water for general use and consumption. As such, should the flushing of the system occur Tuesday as planned, the city system will still need to remain under a boil water advisory until at least the following day, Wednesday, November 16, 2022.

“The City is in hopes that crews will begin flushing the water system on Tuesday, November 15, 2022,” the statement continued.

“After testing the City hopes to lift the Boil Water Advisory on Wednesday, November 16, 2022.”

Any questions regarding the situation and the boil water advisory itself are encouraged to be directed to Lewisburg City Hall, which can be reached by dialing (304) 645-2080.

This advisory comes as a result of high levels of turbidity reported in the city water, and is said to be citywide, affecting all customers.

Turbidity pertains to the quality of the water being cloudy or opaque.

An announcement is set to occur upon the lifting of the boil water advisory, and customers with questions or concerns are encouraged to contact the City Water Plant at (304) 647-5585.

Below is a list of tips of boil water advisory usage as released by the City of Lewisburg.

“Tips for water usage during a Boil Water Advisory

If notified of a boil water advisory, do not drink the water without boiling it first. Bring all water to a rolling boil, let it boil for one minute, and cool before using; or use bottled water. You should use boiled or bottled water for drinking, making ice, washing dishes, brushing teeth and food preparation until you are notified that the advisory has been lifted.

Do not use ice cubes made with tapwater during the boil water advisory period. Keep boiled water in the refrigerator for drinking. Do not swallow water while you are showering or bathing. Provide pets with boiled water after cooling the water. Do not use home filtering devices in place of boiling water or using bottled water; most home water filters will not provide adequate protection from micro organisms. Use only boiled water to treat minor injuries; when showering or bathing avoid allowing water to come in contact with an open wound. Do not wash salad Items with tapwater during the period of the boil water advisory.“