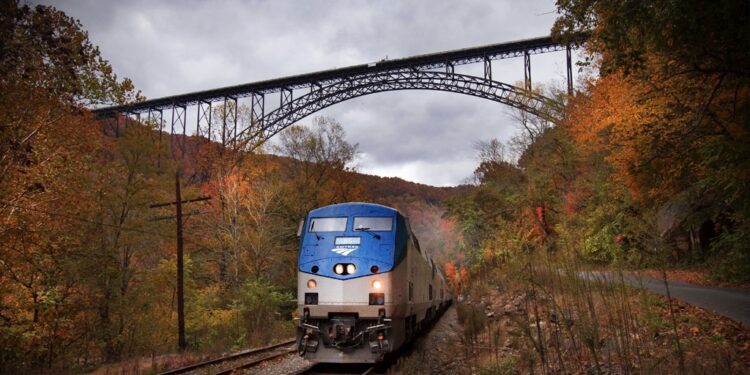 WEST VIRGINIA (LOOTPRESS) – In the New River Gorge, there are many ways to see the beauty that the area has to offer; whether it be by foot, car, kayak, raft, or biplane… but there is one other way that many people do not know about.

One may not notice it at first glance, but the New River Gorge use to be a major center of coal mining in West Virginia. When the Chesapeake & Ohio Railway was completed through the Gorge in 1873, it allowed for the convenient export of coal which meant jobs for many people.

Many towns sprung up throughout the Gorge such as Nuttallburg, Sewell, Firecreek, and Thurmond.

During that period, rail was the most popular means of travel as multiple passenger trains rolled through the New River Gorge each day. The C&O Railway opened up the Gorge to many other parts of the U.S. allowing even more people to come to the area.

Folks from cities such as Cincinnati or Richmond would hop on a train and spend a weekend in Thurmond at the Dun Glen hotel or at The Greenbrier in White Sulphur Springs.

If starting in Montgomery and riding to Hinton, the train would depart at 9:02 AM and arrive in Hinton at 10:50 AM. The westbound train would arrive at 6:06 PM giving you an entire day to eat, shop, and explore the town of Hinton.

In between Montgomery and Hinton are some beautiful sites. Along the route, the Cardinal passes Kanawha Falls and cruises by the Hawks Nest Dam, and then crosses the trestle at Hawks Nest State Park.

From there, it cruises up the New River to Fayette Station where it goes right under the New River Gorge Bridge. A few more miles up the river another trestle crosses the river at Sewell which was once home to the most active coke ovens in the country.

From Sewell, the Cardinal follows the New River for approximately eight miles passing through more abandoned coal towns until it stops in the old railroad town of Thurmond. It was the most active town along the C&O in the Gorge surpassing both Cincinnati and Richmond in freight revenue.

As the Cardinal sounds her horn twice, she is then off to Prince and through the historic Stretchers Neck Tunnel where the 1946 Art Deco-style passenger depot still stands and serves passengers.

After Prince, the next stop is Hinton. Along the way, the Cardinal will roll through the Big Bend Tunnel and past the John Henry Statue.

Right before arriving in Hinton a beautiful viewpoint of Sandstone Falls only possible by rail can be witnessed.

Once you arrive in Hinton, the day is yours. Hinton is home to multiple stores, restaurants, and recreational activities for one to explore. Grab a bite to eat at the Market On Courthouse Square or find some goodies at Otter & Oak or one of the other restaurants or stores in town.

Want to ride further than Hinton? The Cardinal goes on to White Sulphur Springs and makes a stop at The Greenbrier at 12:01 PM. The Greenbrier Resort is also home to many different shops and experiences.

One could tour the historic underground bunker and then spend the day grabbing a bite to eat and shopping at the Resort. The train heads back west from White Sulphur Springs at 5:05 PM allowing for plenty of time for leisure.

The full Cardinal route runs from Chicago to New York. Amtrak allows you to bring food and drink onboard, they also have a snack bar. Pets are also welcome for an extra fee.

To learn more about the Amtrak Cardinal, please click here. 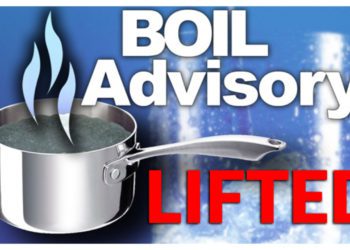