UPDATE: Man sentenced after breaking into a home and holding children hostage with a knife 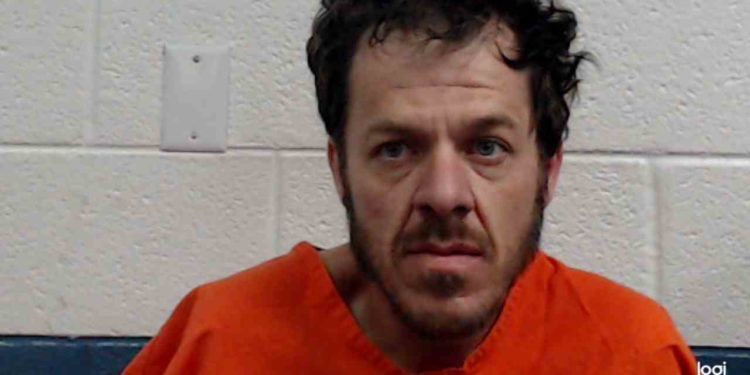 UPDATE: After pleading guilty in September of this year to kidnapping, Rex Hurt was sentenced to 23 years in the West Virginia penitentiary today by Judge William Sadler.

On December 31, 2020, the Mercer County Sheriff’s responded to a 911 call of Rex Hurt entering a residence and refusing to leave. Hurt then barricaded himself in a room with several children present when confronted by police. After significant attempts of negotiation with Mr. Hurt to peacefully exit the room where the children were located, Mr.Hurt produced a knife and was shot by police. Hurt recovered from his wounds and was thereafter arrested and later indicted by a Mercer County Grand Jury.

MATOAKA, WV (LOOTPRESS) – A man was arrested after breaking into a home and barricading himself in a bedroom with children with a knife, threatening them.

According to detectives, on December 31, 2020, Mercer County deputies were dispatched to a home on First Street in Matoaka for a reported burglary.  When deputies arrived, they found the suspect Rex Hurt barricaded in an upstairs bedroom with a male victim and three children, rating in ages from two to seven.  Deputies were told by the female victim that Hurt was armed with a fixed blade knife and had threatened them before a 911 call.

Deputies negotiated with Hurt for over 30 minutes, who said he didn’t want to be shot.  Hurt had barricaded the door with a dresser.  Hurt eventually agreed to release the hostages, and as they were trying to leave the bedroom, Hurt then grabbed the two-year-old child from the male victim and placed the knife against the child’s throat, and the child began screaming.  The male victim was able to grab the child from Hur, pushing him away from the children.

Deputies heard an altercation from inside and forced their way into the room.  Hurt then charged towards the deputies and the hostages, so one deputy discharged his firearm, striking Hurt in the abdomen.  Hurt fell to the floor and was secured.

Hurt was transported to the hospital for his injuries.  The two-year-old child had sustained a laceration to her hand from the knife.

Hurt is charged with kidnapping and assault during a commission of a felony. He is being held in Southern Regional Jail under no bond.