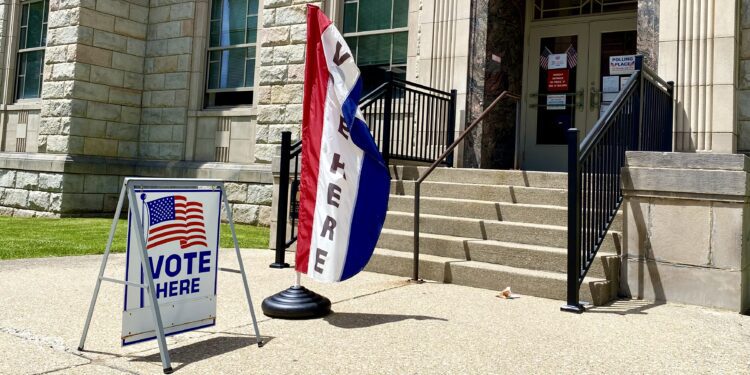 BECKLEY, WV (LOOTPRESS) – The buildup to the 2022 midterm elections comes to a head Tuesday, as voters throughout the Mountain State make their way to the polls to cast their votes.

The November general races follow the May primaries, which turned out results for a number of tightly contested races which were nearly too close to call.

The opposite was also true of several races, however, with candidates in many districts running entirely unopposed in both the primary and general elections. Instances of this nature were particularly prevalent following redistricting which occurred throughout the state prior to the primaries.

Such was the case for candidates including District 25 Democrat Sean Hornbuckle, District 42 Republican Brandon Steele, and District 16 Republican Steve Westfall.

These include Alex Mooney, US Representative from West Virginia’s 2nd congressional district, who faces off against Democrat Barry Wendell, former Morgantown city counselor, as well as Carol Miller, who had represented the Mountain State’s 3rd congressional district prior to its elimination and subsequent consolidation with District 1 as a result of redistricting in the wake of the 2020 United States Census.

Miller will be taking on Democrat Lacy Watson and Independent Belinda Fox-Spencer.

Several polarizing legislative amendments stand to be implemented based on the results of Tuesday’s results, including Amendment 1 – which pertains to impeachment proceedings in the Legislature – and Amendment 2 – which would see the state constitution amended to accommodate the repealing of property taxes on vehicles, and on business machinery, equipment, and inventory.

Despite there being no presidential stakes in Tuesday’s race, voters have been adamant about heading to the polls to make their voices heard.

One Raleigh County poll worker indicated that the particular precinct voting location had already seen hundreds of residents arrive to cast their votes by mid-afternoon.

“It’s pretty much been nonstop,” said the worker, who also expressed enthusiasm at West Virginians’ determination to make a difference in the process. “But I’m glad to see that people are getting out and casting their vote.”