Literature once again getting play in schools 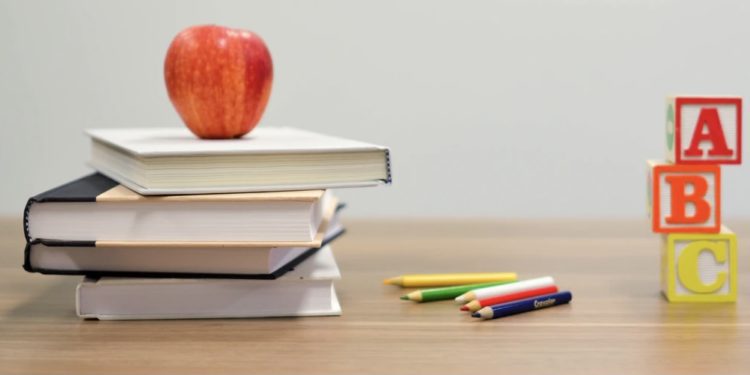 Literature is one of the most important subjects in school.

On the middle and high school levels, no other subject can arouse such emotions among students—suchexcitement, passion, sorrow, anger, sympathy, or joy.

No other subject so closely approaches students’ lives.

No other subject can deliver such shocks of recognition.

And, properly taught, literature is the subject students will find most relevant in their lives in the future. It opens doors for us. It stretches our minds.

It develops our imagination, increases our understanding, and helps us see beauty in the world around us. It enables us to recognize our dreams.

When students read good literature, they are spending time closer to their souls. It is one of the shaping influences of life. It makes us human.

All subjects are important in some way, but literature is important in all ways. When we teach students that books are their good and faithful servants, always ready to provide entertainment, insight, and guidance, then we broaden the definition of “relevance” and “useful” to include activities that inform the heart as well as the hands.

Most people would be surprised to learn that literature is a recent addition to the public-school curriculum. Historical surveys have shown that until 1900, very few secondary schools listed “literature” among the course offerings.

Throughout its brief tenure in the curriculum, literature has played a variety of roles. In the 1940s and 1950s, in the heyday of the “core curriculum,” teachers had to scurry around to locate literary texts that would help youngsters understand “life” or solve problems.

Following the Russian successes in space in the late 1950s and early 1960s, American educators became concerned that we were falling behind in science, mathematics, and technology.

Accordingly, literature relinquished its place on the national education agenda, only to reclaim it a few years later as educational theorists identified literature as one of the “disciplines” youngsters ought to be able to master.

“Relevance” again became the operative code word, and teachers had to return to the library to locate texts that would directly relate to the lives of their students.

Out went David Copperfield and in came The Pigman.

The “back to the basics” movement of the 1970s chilled some of the enthusiasm, and the flood of negative reports on public education released in the 1980s all but ended any widespread support for curriculum based on “relevance.”

And when the “school to work” programs were federally funded in the 1990s, states got millions of dollars to worship at the industrial altars. School systems were encouraged to reinvest their resources in the cooperative educational approach popular in America during the late 60s and early 70s.

And it was no longer cool to be scholarly or preppie; it was functional to be pragmatic.

Then more federal mandates: No Child Left Behind, Race to the Top, multi-cultural courses, and international studies. When testing became the mantra of public education, state officials scrambled to rediscover literacy and composition skills.

And when popular writers in newspapers and magazines claimed that students today are more ignorant and less literate than their counterparts of years ago, the public listened with alarm.

Suddenly, English teachers started blowing dust from the covers of high-interest reading materials, those that appeal directly to young minds.

Teachers have demonstrated a willingness to try new instructional methods by incorporating literacy and language in their daily lessons across the curriculum. Now, if parents and students will do their part, American schools can regain their scholastic eminence.

Accordingly, though, teachers must select literary works for their intrinsic merit, for their relevance to the lives of youngsters, for the richness of the vicarious experiences they can provide.

We must structure our lessons so that youngsters are better able to enter the world of the story or poem or play.

Then we can be assured, after the final dismissal bell rings, that our students will return to “their world” not only better tested but also better informed, better prepared, and better educated.